When it launched in 2011, The Vancouver Hot Chocolate Festival was the first city-wide festival of its kind in the world.  This January it returns for its 7th year, bigger and better than ever, with Vancouver’s best chocolatiers, pastry shops, bakeries, cafes, gelato and ice cream makers coming together to make the humble hot chocolate hotter than it has ever been before.

This Festival is a fundraiser for the Downtown Eastside women’s job training
program of the PHS Community Services Society and East Van Roasters. 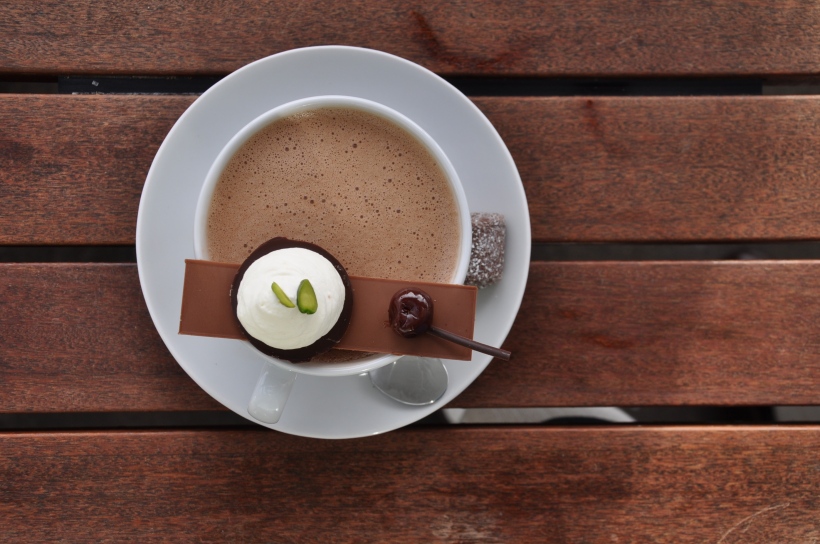 Thomas Haas is always one of my favourite stops of the festival – their decor and attention to detail in beverages and delicious flavours have always led to fond memories.

My Home Run hocho was made to taste like its cake equivalent. It had chantilly cream that tasted like creamed Black Forest cake along witha squishy, potently-flavoured cherry on top of the chocolate shelf that balanced on the mug. After discussing with the employee who helped me, I opted for soy milk and am pleased with how creamy it was and how the flavours could be picked out despite the creaminess of the drink and the blending of its qualities. It seemed like a dark chocolate flavour in the drink itself that was mixed with a milkier chocolate in the shelf that fell in. The flavour of Black Forest cake was mild but present throughout.

The drink was accompanied by a truffle, which was very dark in its chocolate flavour and somewhat fruity – I presume this was due to the cherry that tends to characterize this dessert.

A.B. had the Hasselnuss festival flavour, which was also delicious! 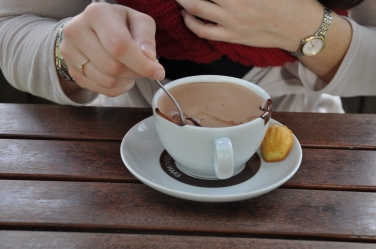 With their house-made goodies and beautiful, dainty decor, it is difficult not to enjoy stopping by this location each year (and sometimes in between festivals).

M.M. and I both went for the Nutella Wagon Wheel option – mine with soy milk – and were delighted with the aesthetic of the delivered item! Despite mine being served somewhat cold, the dark chocolate in the drink itself was sweet but not overwhelming and somewhat mild in its flavour, especially in the Nutella department. The “wagon wheel” that it came with was ahmahzing, and that stood out for me in the festival aspect of it.

With many comrades in tow, we made a second stop this day to one of our favourite spots: Koko Monk. We all felt strongly that we must try the second week’s flavour, Sin and Salvation, a blend of Turkish fig, Serbian camomile, and British lavender (“It’s like the U.N.!” exclaimed shop owner and chocolate artist, Paul).

Its lavender and camomile flavours stood out and were absorbed and blended into the white chocolate. I ordered mine with almond milk, and I believe that helped keep the sweetness and creaminess to a minimum, which I like. The side for this drink is any cookie of your choice, and I chose the chocolava cookie, which was very moist and covered in sugar.

I was quite excited to finally make my way to Eternal Abundance after learning of it for the first time many moons ago at the EPIC! Sustainable Living Festival. R.L. and I went Saturday morning to get a vegan breakfast and hot chocolate.

This flavour was tough for me to get on board with; it wasn’t very sweetened (if at all) and had some funky components to it. I appreciated them all in theory, but couldn’t bring myself to really like the drink this time around. It might take some weening off of sweet chocolate drinks before being able to like this one more.

The coconut chocolate heart that came with it was lovely, though, and so was our quinoa waffle breakfast! 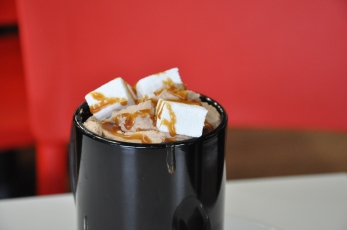 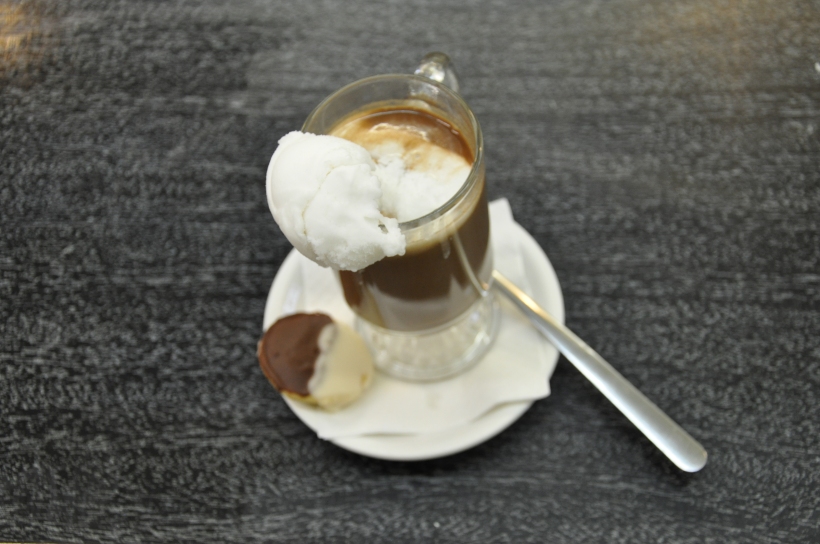 This hot chocolate was, in the opinion of padre and I, not outstanding in any way, but good nonetheless! The option to have a vegan ice cream not only reduced the dairy in the beverage, but also made me think that maybe one day in the future there might be a dairy-free milk option… I appreciate that it is a classic soda fountain shop, but I feel like the advent of dairy-free ice cream might mean more is coming!

I quite enjoyed the black and white cookie that accompanied the beverage – it was soft and chewy and the glaze on top added a bit of soft crunch. We would go on to sample two more festival flavours this day! That is to come in the next post.

See you for round 4, 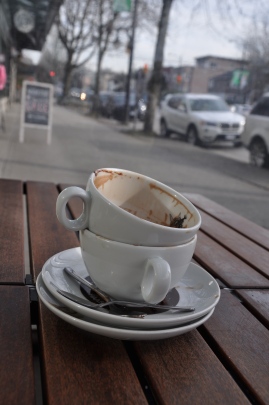