I was lucky enough to try two social media-hyped vegan meals over the last couple of weeks and, let me tell you, THEY LIVED UP TO THE DRAMA.

You may have heard about A&W’s “Beyond Meat” Burger that was released on July 9th, and I knew that I was going to find myself there not long after. The vegan influencers in my social media feeds confirmed this with their feverish posts about the burger’s delicious and meat-like taste.

It also just-so-happened to be Free Root Beer Day. A true blessing if I’ve ever seen one.

My carnivorous comrade shared the meal with me, so we were able to get two perspectives on this “bleeding” vegan patty. The consensus?

I’m pretty easy to please, but I would say that this burger is special because of the texture of the patty, not anything about the construction of the burger itself. The patty has no tell-tale signs of it being “fake meat” as many vegan patties do, and I think it is because it is full of such fun ingredients, like apples and pomegranates!

I would (will) definitely return and eat this again. Even if I had to pay for the root beer.

The second very-exciting spot I got to visit came a couple of weeks earlier when we made our way down to Toronto’s “Vegandale” neighbourhood. Yes, I was finally going to visit Mythology Diner.

This place is reminiscent of a classic diner with greasy-spoon-esque meals and is decorated to match that vibe! The main difference being – everything is plant-based.

We went for brunch, so our menu had a lot of the very-exciting items i had been hearing about, such as vegan sunny-side up eggs.

I opted for “Doug’s Slam”, a meal obviously competing for top spot among other slams such as that offered by Denny’s. I would say they’ve got Denny’s beat! I even had the option to make my little pancakes more like cinnamon buns. So, obviously, I did.

The price for this filling meal was better than I expected for a big vegan meal, which was an added bonus! For my price point, I received potatoes, two vegan sunny-side up eggs, bacon, toast, and my beloved cinnamon bun pancakes.

LOOK AT THOSE EGGS.

Even my meat-eating brunch partner thought they tasted like eggs. So delicious! Across from me was a beautiful-looking stack of French toast and bottled cola:

Everything about this was exciting and I want to try everything else the menu has to offer (I’ve been dreaming about vegan nachos lately and saw that those are also a brunch option).

If you find yourself hankering for a funky brunch, LET’S GO.

If, alternatively, you find yourself hankering for vegan shoes

or comfortable athleisure attire (10% off), try one of these links: 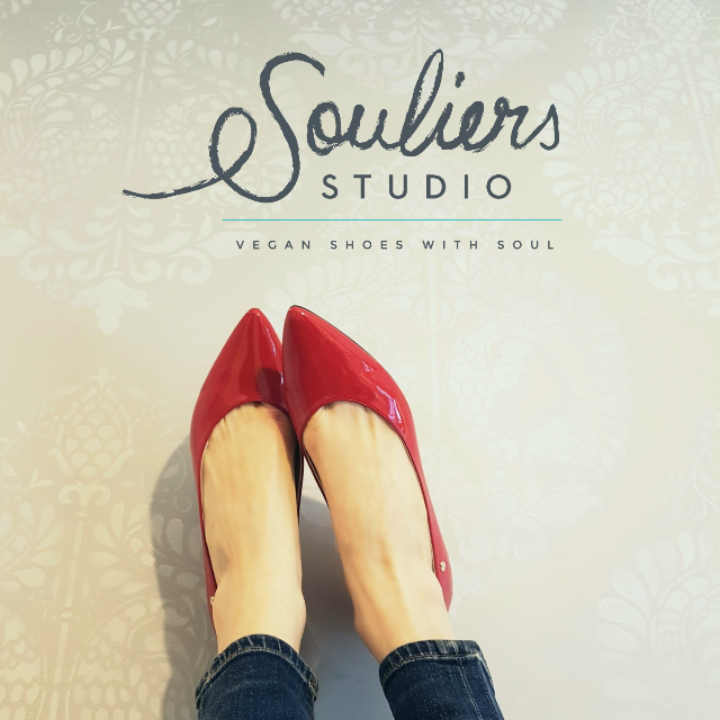